Brian Lima is a Brazilian developer, born in 1994, who works with .Net C# since he was 16 and Ruby/Rails since 2018, currently a backend developer at Zag reembolsos, he previously worked as junior developer at Itaesbra, a metalurgic company situated in Diadema - São Paulo, and at Aplisoftware, a software house in São Bernardo do Campo, also in São Paulo.


He is graduated in a technician degree on ETEC Lauro Gomes on Computer programming, and incomplete Cience Computer bachelor's degree on Universidade Federal do ABC.


Since then, by building open source tools for the community and by mantaining various aplications for the companys where he worked, he developed a passion for C# and Visual Studio, but also knows his way through JS, Visual Basic and Java, by working on corporate environments he also developed a crush on Linux servers and QT applications.


When young, he liked his Sega Saturn so much, it made he wonder everyday how do that thing works, or how how was it built, as a curious child, he disassembled controllers when he thought he could fix them, usually he broke them more, but as he grew up, he learned to fix those, and many other problems he faced, by growing like a tech lover he learned to speak english soon so he could know what to do on those hard Tomb Raider puzzles.


His friends nick named him "briano" during classes, he still wonders to this why, but he liked it, unfortunately, various disabled accounts already took @briano, so he calls him self Brianostorm, as he likes early Arctic Monkeys.


By involving with the casemodding community at Campus Party, a gigantic local Lan-Party in São Paulo, he learned to create solutions using platforms like Arduinos and by working with more 'manual' jobs, crafting his way through computer hardware, and by stealing the show flor with Arduino powered computer cases.


By working independently on his free time, he created a small tool called UWPHook, that helped gamers to make Windows Store games more familiar for those who like Steam's UI, previously having built his first bigger project, Quick for Cortana, a voice powered note taking app build for Windows Phone 8.1 and now he is working on HueHue, an Arduino powered LED controller for PC cases and similar gear, all this work is available on his personal GitHub.


Since 2018 he works at Zag, coding a variety of things for the back-end of the app, and by having rediscovered himself by learning a new suite of tools and languages and working with a different dev environment, he believes that all his skills are better than ever. 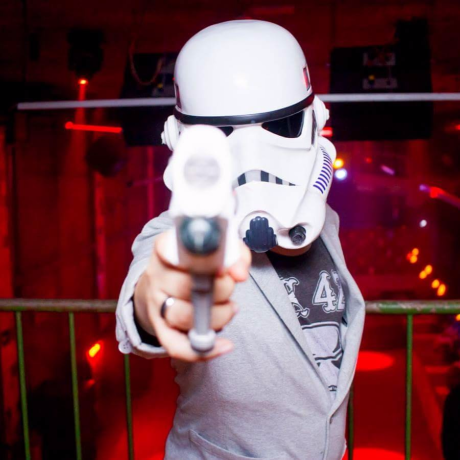